The direct origin of stuffed animals lies in the late 19th century, but its ancestors had been around for several millennia. Starting with the production of wooden toys in ancient Egypt, the production and use of similar toys has a long history.

From wooden toys to rag dolls

The history of stuffed animals and dolls started with the production of toys made from clay, wood, ivory and other materials. Early wooden dolls that were found in Egypt date back to the 21st century BC.

Historically, the more direct ancestor of the stuffed animal was the ragdoll. The oldest known rag doll dates back to the 1st – 5th century. This rag doll, made out of linen stuffed with rags and papyrus and decorated with colored wool, was found by the Egypt Exploration Fund in Oxyrhynchus in Egypt. The doll is now held at the British Museum.

Over the course of time, rag dolls became popular within all social classes. When fabric color printing was developed around 1830, mass production of soft, colorful dolls became a possibility. They were used as objects of comfort, but also as tools of education: the rag dolls helped young children develop their nurturing skills and provided them with the opportunity to learn how to handiwork. By repairing the dolls themselves, producing simple variations and producing clothes for them, children learned how to sew.

The origin of the teddy bear

So, who invented the stuffed animal then? The teddy bear simultaneously originated in Germany and the United States in 1902. It all started in 1880, Margarete Steiff created the first stuffed animal from her home in Germany: a pin cushion in the shape of an elephant. Margarete’s nephew Richard Steiff joined his aunt’s company in 1897, and came up with a design for a toy that would conquer the world in 1902: the (teddy) bear. At the same time, the Russian immigrant Morris Michtom came up with a similar design whilst living in the United States. Michtom based his design of his teddy bear based on a cartoon of acting President Theodore Roosevelt.

How did the teddy bear get its name?

In 1902, The Washington Post published a political cartoon drawn by Pulitzer Prize-winning cartoonist Clifford K. Berryman named “Drawing the line in Mississippi”. The cartoon showed President Theodore “Teddy” Roosevelt showing compassion for the a cute looking bear cub during a hunt. Roosevelt was an avid bear hunter, but had refused to shoot a helpless bear during a hunting party in Mississippi in November 1902. The story goes that a party of Roosevelt’s hunters, led by Holt Collier, had captured a large American black bear and tied him to a tree after an exhausting chase. Suggesting the president should be the one to shoot the animal, Roosevelt refused, believing it to be unsportsmanlike.

Berryman’s cartoon turned the weakened grizzly into a cute bear cub, providing inventor Morris Michtom with the inspiration to create the first teddy bear. After sending a bear to the president, he received permission to use the president’s nickname “teddy” for the toy.

The most popular teddy bears

Which teddy bears are the most popular critters out there? We’ve listed our top 8 below. Every product purchased through theBiteSizedBackpacker.com directly contributes to the welfare of wild cats and the preservation of their habitats. You can also take a look at some of our other top picks for buying alternative stuffed animals!

From bears to beluga whales

The teddy bears developed by Steiff and Michtom were an instant success. Over time, the original bears’ realistic features were softened to give way to a more baby-like appearance, enhancing the “cute” look of the toys. Due to the success of the bears new models were produced based on other species.

Nowadays there are plushies in all shapes and sizes. A research conducted by PPJR Productions revealed which stuffed animals are the most popular. 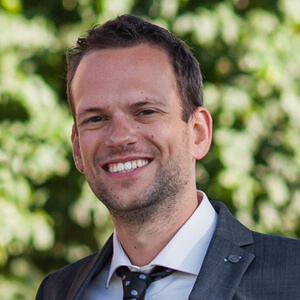 Every product purchased through this site contributes to the welfare of wild cats, and the preservation of their habitats. Buy a stuffed animal and support Fluffy‘s family in the wild!